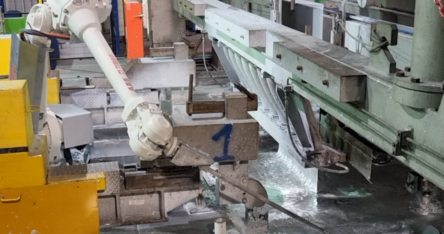 Stahl und Eisen, Nr. 1-2 | Januar-Februar 2022 THAT’S WHAT IT’S ABOUT: The current production process entails pulling a preheated plate of steel through a 400- 500°C zinc bath. Operators must wear uncomfortable protective clothing, while manually scooping the dross from the bath in an extremely hot environment. It is a daily reoccurring and definitely […] 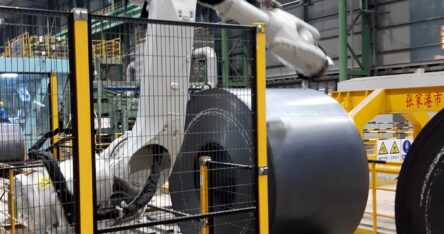 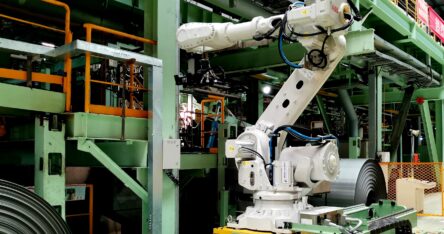 One robot less, thanks to simple rail system

New to the Tebulo Industrial Robotics range is a simple modular rail system for robots developed entirely in-house. By means of this rail system, the robot range may easily be expanded, without the need of an intelligent and costly 7th axis. In order to accommodate the 24/7 production process in the steel and aluminium industry, […] 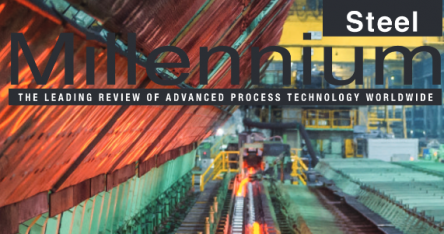 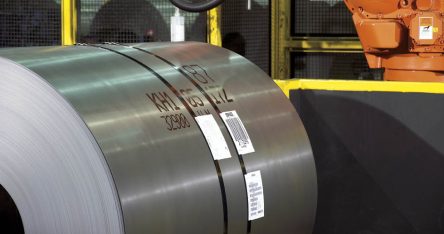 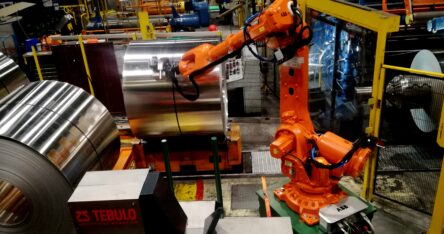 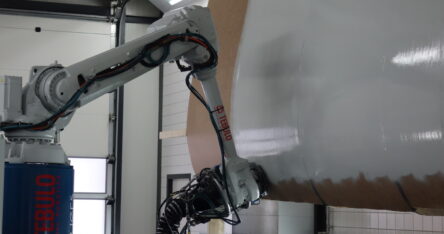 5 February 2021 by Eize de Vries, Windpower Monthly Dutch firm TebuloRobotics hopes its autonomous mobile robot (AMR) vehicles will be able to coat a 100-metre blade in 90 minutes. All they need is a smooth, obstacle-free factory floor As rotor blades get ever longer, manufacturers are looking for ways to automate the still many […] 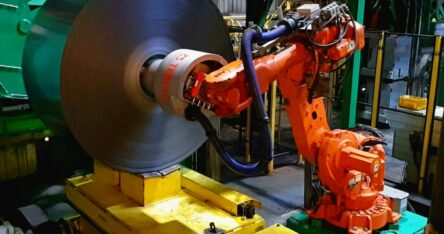 For cold coiled steel coils with material thicknesses ranging from 0.13 to 0.5 mm, the inner flap regularly drops down when it comes off the mandrel in a steel shop. And even during handling there is a considerable risk that the entire coil will collapse. This is due to insufficient internal stiffness of the coils. […]